As a member of the community in Ocean County, we thought it would be great to feature an area where many of our customers live: Toms River, New Jersey (we provide plumbing services in Toms River). This area has some very interesting history that few people know about.

Toms River, NJ, besides being the home of the great Toms River food festival, is a bright and vibrant community that is currently over 230 years old. Originally established by the Act of the Colonial Legislature, this community holds a lot of American history with its strong connections to the Revolutionary War.

Toms River was originally positioned in the southern section of the Township of Shrewsbury. In 1967, a royal charter was acquired to create the Dover Township, which today is known as Toms River.

During the Revolutionary War, Dover Township became an extremely reliable resource for salt works and served the colonial militias by providing soldiers with beds, hot meals and a place to hide from the British. Dover Township also gave patriots a place to store the vessels that were used to conquered British ships.

However, in March 24, 1782, the township was severely attacked and burned to the ground by the British. When the British attacked, they destroyed a boathouse where the colonial militias were being housed. During this attack, Joshua Huddy was captured and later executed by method of hanging in the town of Sandy Hook.

In addition to capturing Joshua Huddy and killing the other members of the colonial militias, all of Dover Township’s salt works were destroyed and most of the homes in the township were burnt to the ground as well. This act of violence made the relationships between the British, colonial, and loyalist must more intense.

A few years later, Dover Township became one of New Jersey’s first 104 townships as a result of the Township Act of 1798. In 1850, Ocean County was then created and Dover Township was chosen to be the county seat.

During the 19th century, the area became a center for shipbuilding, whaling, fishing and iron and lumber production.

In the decades following World War II, the population in Dover Township dramatically increased. Part of the explosion in population growth was due to the development and public opening of the Garden State Parkway in 1954. This was a huge attraction for the people of New Jersey and resulted in the division of the eastern and western parts of Dover Township.

As time passed, Dover Township became larger, more successful and in 1990, the overall population rose to a whopping 76,371. In the year 2000, the population increased even more to a total of 89,706 people.

In 2006, the official name Dover Township was changed to Toms River Township with the help of the nonprofit group called the Dover Township Name Change Committee. This committee was established by Mayor Paul Brush. The idea was so strong that on election day, more than 60% of the residents voted in favor of the name change.

Today, Toms River has a population of over 91,000 people and is still thriving strong. It is a great spot to enjoy beautiful beaches, shopping and dining. The community has one of the best school districts in the state, businesses are prospering, and the residents always stick together like family. They will never forget their role in the freedom that our country has today. If you’re looking for Toms River Plumbers, give us a call today! 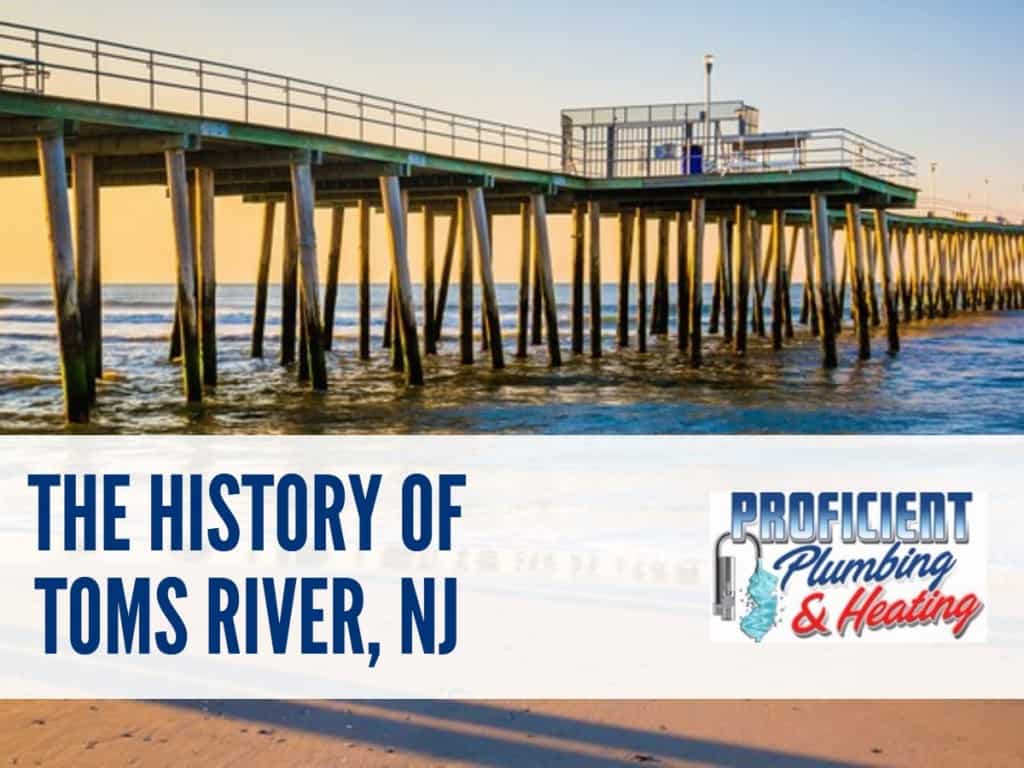 Get A FREE Estimate For Your Plumbing and Heating Services!

Request a call back

Great! We look forward to speaking with you!

Fill out this form and we’ll get in touch with you!